How to Jump Start Your Meeting for Innovation and Impact Hint: Check Your own Assumptions at the Door 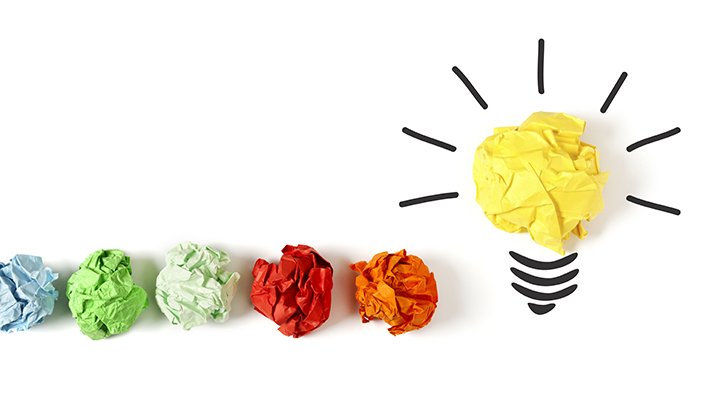 Have you ever come to a meeting and found yourself disengaged in the first five minutes? The leader who called it thought the topic was important, but you couldn’t really relate.  You thought of other people, who would have more enthusiasm and better answers for this topic than you. As a result, your participation is half-hearted, and your attention is internally focused on seemingly more important issues.  If some others have a similar experience, there is a likelihood that the meeting outcome is suboptimal for the time invested.

What was the turnoff?  All too frequently, leaders call meetings to address issues that they themselves have defined as important.  That’s OK. The real disconnect can come when they use their own, unquestioned assumptions about how to describe the starting point.  If others can’t relate to how the leader has stated it, the topic is DOA.

We fail at having impactful meetings because we are naturally wired to get into solutions, and this preference is exacerbated by the fast pace of business today. Individually, or in teams, we may initially get a sense of relief simply from solving something. We have a need to believe that we know what the problem is, have a grasp of the important facts, and can see what needs to be done.

We don’t naturally question these assumptions. We don’t see a reason to look for additional viewpoints, facts or assumptions. We typically react to any such efforts as being a waste of valuable time when there are so many other things to do!

The world of creativity and innovation offers a handy way to handle these types of situations (and others!). One of the fundamental skills of creative and innovative thinking is the ability to view problems, ideas and information from a variety of objective viewpoints rather than being overly comfortable with the notion that: (1) there is a correct or best: way, viewpoint, answer or definition of the problem; (2) that everyone has the same viewpoint; (3) that everyone values the same viewpoint (4) that the way a problem is initially stated is the best place to start working on it.

In any meeting, members may have firmly held, though differing, views of what a particular problem or opportunity really is and taking them through a quick discovery process can reveal surprisingly different perspectives. Surfacing these different perspectives at the outset is crucial to being able to hold efficient and successful meeting. It not only helps to properly orient all of the meeting participants to a common, shared understanding of the issue, it enables the discovery of new ways of framing the challenge that offer more insight and value potential than what was originally considered when the meeting was scheduled.

Starting the meeting by doing a quick discovery process check can help avoid premature closure on a limited, even incorrect view of what the issue is that is to be solved. It can prevent spending time and resources on a solution that may only address a symptom of the real issue and that does not meaningfully move the needle on change. Mobilizing meeting participants to think of and express their perceptions of what constitutes the real issue everyone should be focused on and gaining consensus on it at the outset is hard work. The reward, however, is meetings with highly engaged participants collaborating together, solving problems they agree are important. These meetings end with greater feelings of success in making a meaningful difference to their organization.

1.    The leader states the problem or issue in a simple sentence and indicates this is just a starting point.

2.    Everyone is encouraged to share a different way to state the issue. Do not judge or evaluate any contribution, just accept them and add them to the list. Number each one as it is expressed until there is agreement that the list is sufficient (everyone is satisfied that there are good-enough options on the list).

3.    Ask each person to pick one (or two if the list consist of more than 10) of the articulations that resonate most with his/her view.

4.    The facilitator quickly goes through, in order, each of the items that were picked and asks, “who picked this one and why?”

5.    Each team member describes concisely their rationale, without attempting to persuade or justify, until all items have been discussed. Others are objectively listening to the rationale to increase their understanding of the issue.

6.    Finally, team members are asked to converge on the one formulation they want to take forward to address in the meeting.

To better understand problem-finding, below is an example of the output from a team who called a meeting to address delays and struggles in completing projects. The facilitator started things off by asking the meeting participants to think divergently on ways to articulate the issue they were facing. They offered the following five in short order:

As you can see, though each one is related to the others, they each have distinct differences. Each person was then directed by the facilitator to pick the problem they considered most important to focus on addressing in the meeting.

After everyone had picked, the facilitator had each person explain – not justify or persuade –the reasoning behind their selection, while the others listened objectively. With the resulting increased understanding of the different options and the point-of-view of their peers in the meeting, the facilitator guided them to agree on one of the five problems (the group chose “#3: scope creep”) as the starting point for the meeting.

It took a grand total of 10 minutes of meeting time. The meeting ended with solutions and action steps (with assigned responsibility and timelines). It also ended with people leaving feeling good about the time they spent in the meeting, as they were engaged throughout.

This is pretty easy to do and is something that you will get better at if you do it frequently. Try it in an upcoming team meeting. If you want some help or just want to talk it over, feel free to contact me (ellen@leadershipdialogues.com) or Tim Basadur at Basadur Applied Innovation (tbasadur@basadur.com). We’ll be pleased to walk you through it and answer any questions you may have, or to go over what happened after you’ve tried it in a meeting of your own.